Basin of rivers, streams and canals

The built landscape of Flanders is highly fragmented and is cut through by the large-scale infrastructure of bridges, motorways and railways. In contrast to our neighbouring countries, there are few strong landscape elements that structure the scattered settlement pattern. There is no pronounced topography, nor are there dominant large-scale green structures. The only exception may be the hydrological system. The Low Countries are veined with streams and small rivers, an irregular river system that has been made more productive by a network of straight canals. In part as a result of more frequent flooding, the hydrological infrastructure is gaining in importance. A series of master plans is reconnecting the urbanized fabric with the water. The abutment of the bridge over the Albert Canal in Vroenhoven was designed as a place to repose and accommodates an experience centre. At the end of the city walls in Aarschot, there has been a monumental watermill complex since the sixteenth century that has been extended with a new wing. 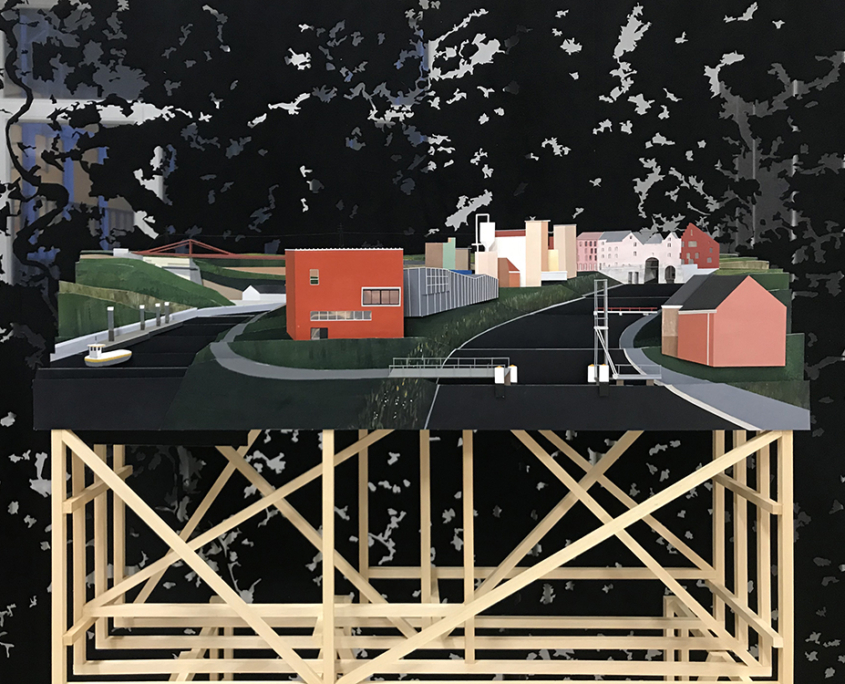 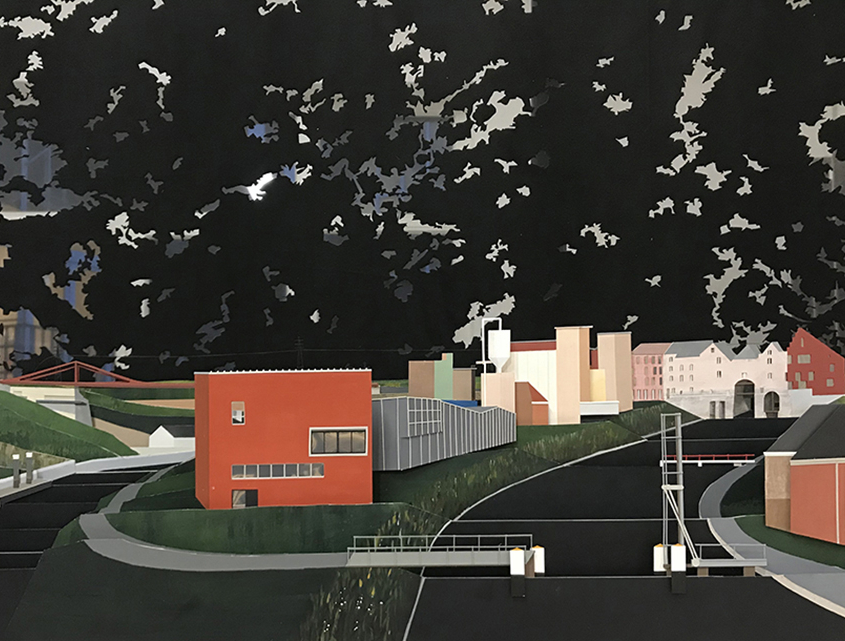